HETSTAINE
I've always liked the 410's lines and have heard great things about Meng kits, so hopefully it will result in a nicely finished product. A bit of history about the 410 follows if you have a couple of minutes before i get into the build. Skip to the bottom if you want to get straight into the build.


The Messerschmitt Me 210 was a German heavy fighter and ground-attack aircraft of World War II. Design started before the war, as a replacement for the Bf 110. The first examples were ready in 1939, but they proved to have unacceptably poor flight characteristics due to serious wing planform and fuselage design flaws. A large-scale operational testing program throughout 1941 and early 1942 did not cure the type's problems. The design entered limited service in 1943, but was almost immediately replaced by the Messerschmitt Me 410 Hornisse ("Hornet"). The Me 410 was a further development of the Me 210, renamed so as to avoid the 210's notoriety. The failure of the Me 210's development program meant the Luftwaffe was forced to continue operating the Bf 110 after it had become outdated, despite mounting losses.

Prototype Me210 V1. Besides the carry over Bf110 tail design it's interesting to note one of the props is feathered.
Operational History

Deliveries to frontline units started in April 1942, and the plane proved to be even less popular with pilots. Production was stopped at the month's end, by which time only 90 had been delivered. Another 320 partially completed airframes were placed in storage. In its place, the Bf 110 was put back into production. Although the Bf 110 was now equipped with the newer DB 605B engines and greater firepower, it was still an outdated design.
The Luftwaffe started receiving their Hungarian-built planes in April 1943, and the Hungarians in 1944; when they entered service they were more than satisfied with them. Production ended in March 1944, when the factory switched over to produce the Bf 109G. By that time, a total of 267 Me 210C had been built, 108 of which had been given to the Luftwaffe. They operated mostly in Tunisia and Sardinia, and were quickly replaced by the Me 410.

The major change between the Me 210 and 410 was the introduction of the larger and more powerful Daimler-Benz DB 603A engines, which increased power to 1,730 hp (1,290 kW) compared to the 1,475 hp (1,100kw) DB 605s used on the Me 210C - the interim Me 310 design experiment actually used the DB 603 powerplant choice first. The engine performance increased the Me 410's maximum speed to 625 km/h (388 mph), greatly improved rate of climb, service ceiling, and most notably the cruising speed which jumped to 579 km/h (360 mph). It also improved payload capability to the point where the aircraft could lift more war load than could fit into the bomb bay under the nose. To address this, shackles were added under the wings for four 50 kg (110 lb) bombs. The changes added an extra 680 kg (1,500 lb) to the Me 210 design, but the extra engine power more than made up for the difference. As with the Me 210, the 410's rear gunner used the same pair of Ferngerichtete Drehringseitenlafette FDSL 131/1B turrets mounted on each side of the aircraft, each still armed with a 13 mm (.51 in) MG 131 machine guns, retaining the same pivoting handgun-style grip, trigger and gunsight to aim and fire the ordnance as the 210 did.

The new version included a lengthened fuselage and new, automatic leading edge slats, both of which had been tested on Me 210s and were found to dramatically improve handling. The slats had originally been featured on the earliest Me 210 models, but had been removed on production models due to poor handling. When entering a steep turn, the slats had a tendency to open due to the high angle of attack, analogous to the opening of the slats during the landing approach. (This problem was first observed on the Bf 109V14 and V15 prototypes for the Bf 109E), which added to the problems keeping the aircraft flying smoothly. However, when the problems with the general lateral instability were addressed, this was no longer a real problem. The wing panels of the earlier Me 210 had been designed with a planform geometry that placed the aerodynamic center in a rearwards direction in comparison to the earlier Bf 110, giving the outer sections of the wing planform beyond each engine nacelle a slightly greater, 12.6° leading edge sweepback angle than the inner panels' 6.0° leading edge sweep angle. This resulted in unreasonable handling characteristics in flight for the original Me 210 design. The new Me 410 outer wing panels had their planform geometry revised to bring the aerodynamic center further forwards in comparison to the Me 210, thus making the leading edge sweepback of the outer panels identical to the inner wing panels with both having identical 5.5° sweepback angles, which improved handling.

Deliveries began in January 1943, two years late and continued until September 1944, by which point a total of 1,160 of all versions had been produced by Messerschmitt Augsburg and Dornier München. When it arrived, it was liked by its crews, even though its improved performance was not enough to protect it from the swarms of high performance Allied fighters they faced at this stage of the war. Production was eventually cancelled to concentrate on Bf 109Gs in August 1944, the month after the Jägernotprogramm (emergency fighter program) had gone into effect. 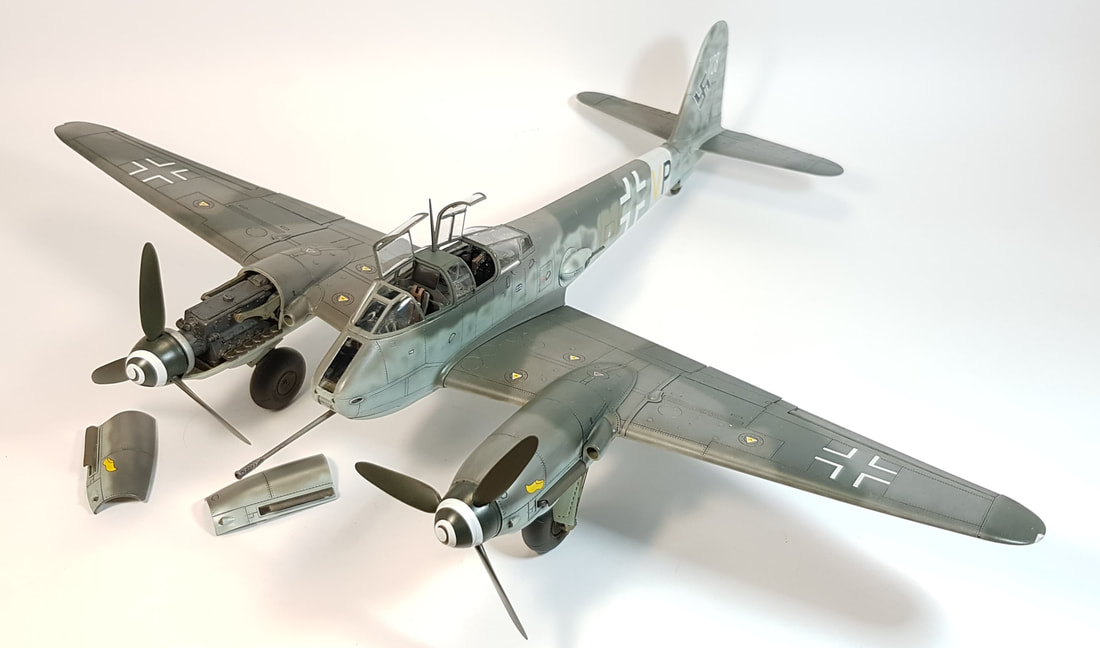 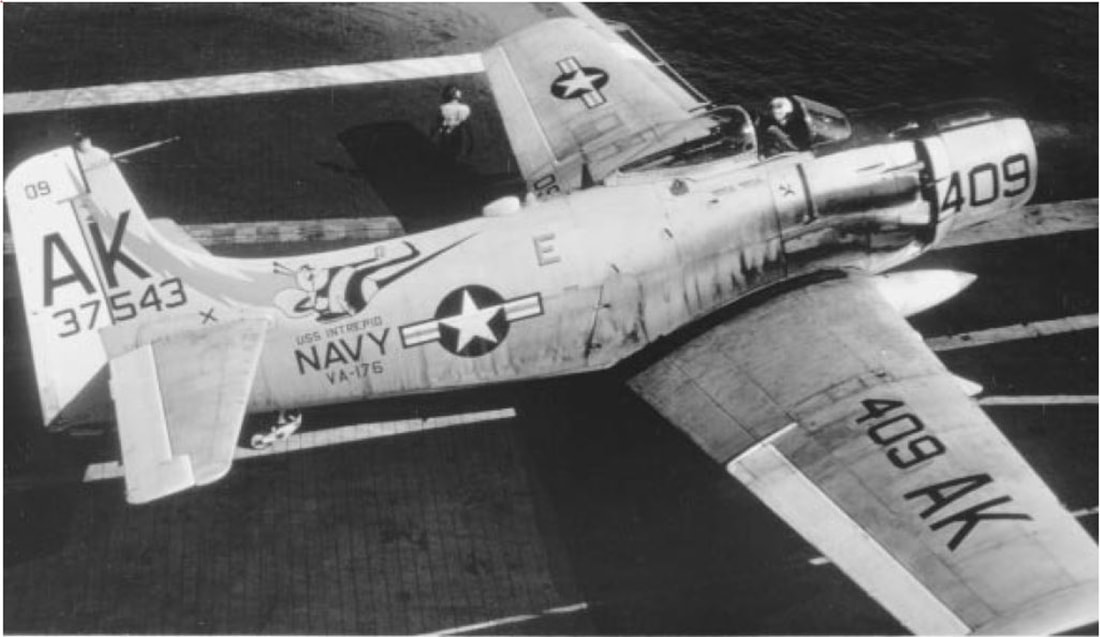 I thought it would be also be interesting to compare the Mossie and the 210/410 time line.

The replacement for the 110 had started in 1937 when the Messer design team began work on the 210. The day after WWII officially broke out, 2nd Sept 1939, the prototype ME 210V-1 was making its first flight.

It wouldn't be until January '43 before the 410 was finally starting to be rolled out as a production machine. So nearly seven years from design, to aircraft that wasn't riddled with issues, which seems a common theme in the German aircraft industry (during the war).

The Mosquito became an idea around April-July 1938 and by September 1939, de Havilland had produced preliminary estimates for single and twin-engined variations of light-bomber designs using different engines, speculating on the effects of defensive armament on their designs. 'We believe that we could produce a twin-engine bomber which would have a performance so outstanding that little defensive equipment would be needed'.

By the 29th of December 1939 a full scale mock up had been built and examined and received backing. Work on the prototype was begun in March 1940, was cancelled after Dunkirk and then reinstated in July 1940. On the 25th November 1940 the prototype made its first flight and the first operational missions (recon) were made in July 1941 with delivery of the bomber version being taken delivery of in November 1941.

Around two years from mock up to a production machine.

Besides the famous 'You can call me Meyer' Goring Quote, he is aslo said to have stated the following while lecturing a group of German aircraft manufacturers-

'In 1940 I could at least fly as far as Glasgow in most of my aircraft, but not now! It makes me furious when I see the Mosquito. I turn green and yellow with envy. The British, who can afford aluminium better than we can, knock together a beautiful wooden aircraft that every piano factory over there is building, and they give it a speed which they have now increased yet again. What do you make of that? There is nothing the British do not have. They have the geniuses and we have the nincompoops. After the war is over I'm going to buy a British radio set – then at least I'll own something that has always worked.'

Anyway, getting back on track..despite all of the above i have always thought the 210 and 410 were just great looking machines. Stumbling on a Meng 410 at half price was an easy sale although i would have preferred a clean fighter version without the Bk5 cannon, which crazily enough was derived from the Panzer III (i'm guessing the PZIII J) tank's main armament, the 50 mm (2 in) KwK 39 L/60.

This was also a plane i skinned sometime in early 2003 in EAW (European Air War flight sim). I remember even those pixely prop spinners took myself and Col Gibbon a good couple of days to be functional. Plane models and skinning has come a long way since those days that's for sure! 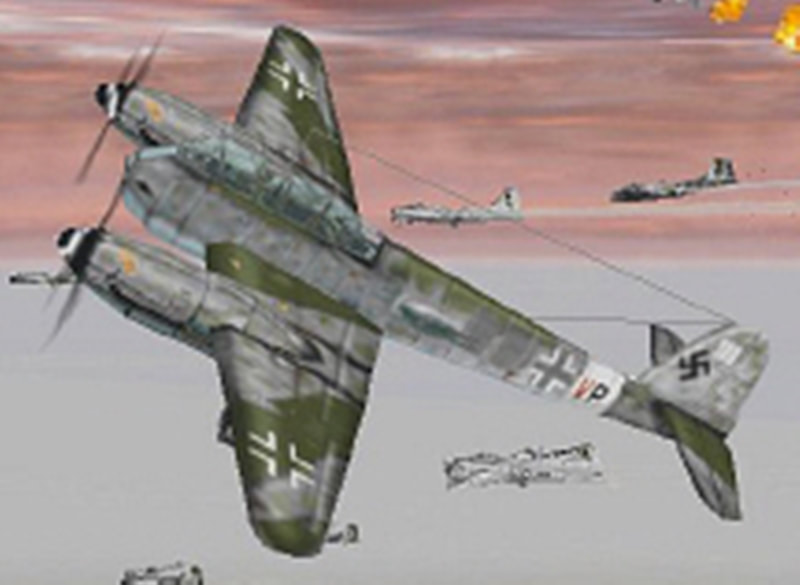 The real deal and that 50mm cannon 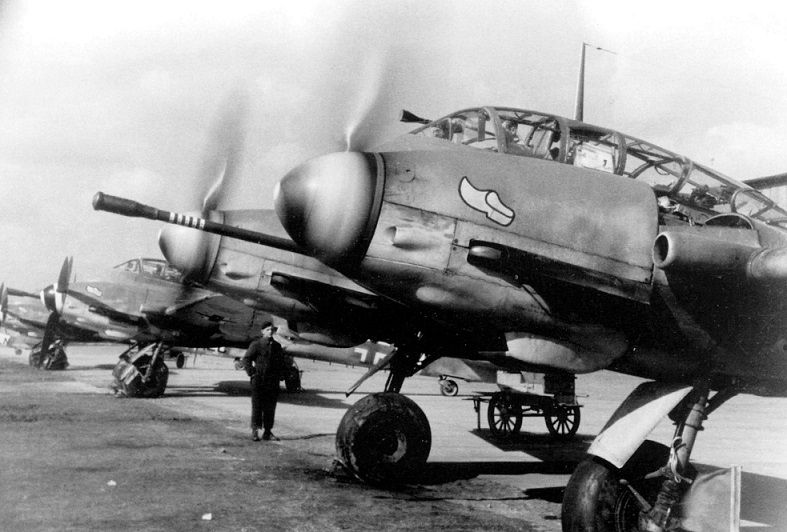