HETSTAINE
Prop chipping that looks more like someone dragged it across a coral airstrip , the cowl pieces and engine unit all finally mated and the model has been cleared in prep for decals and and oil wash. 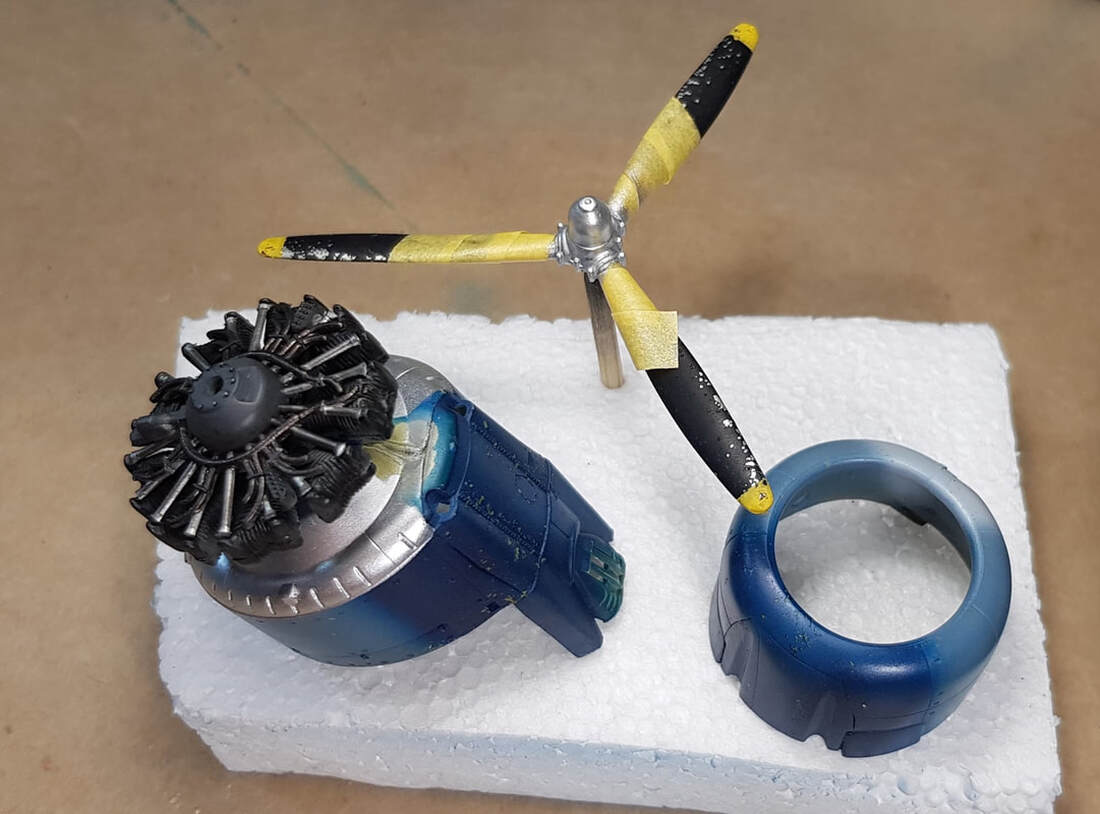 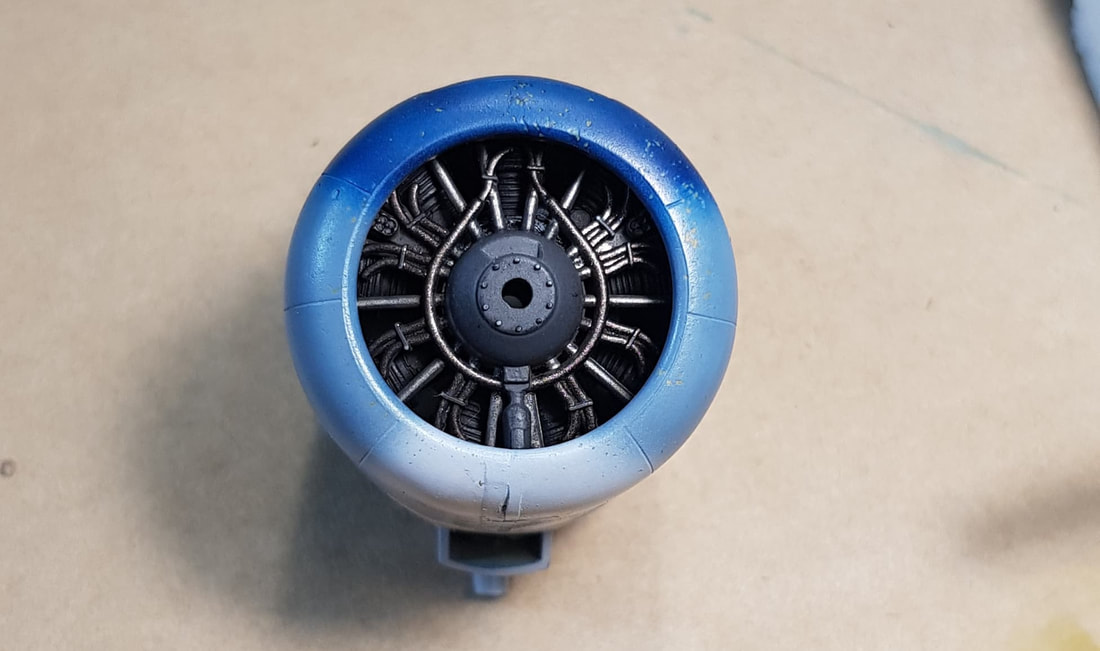 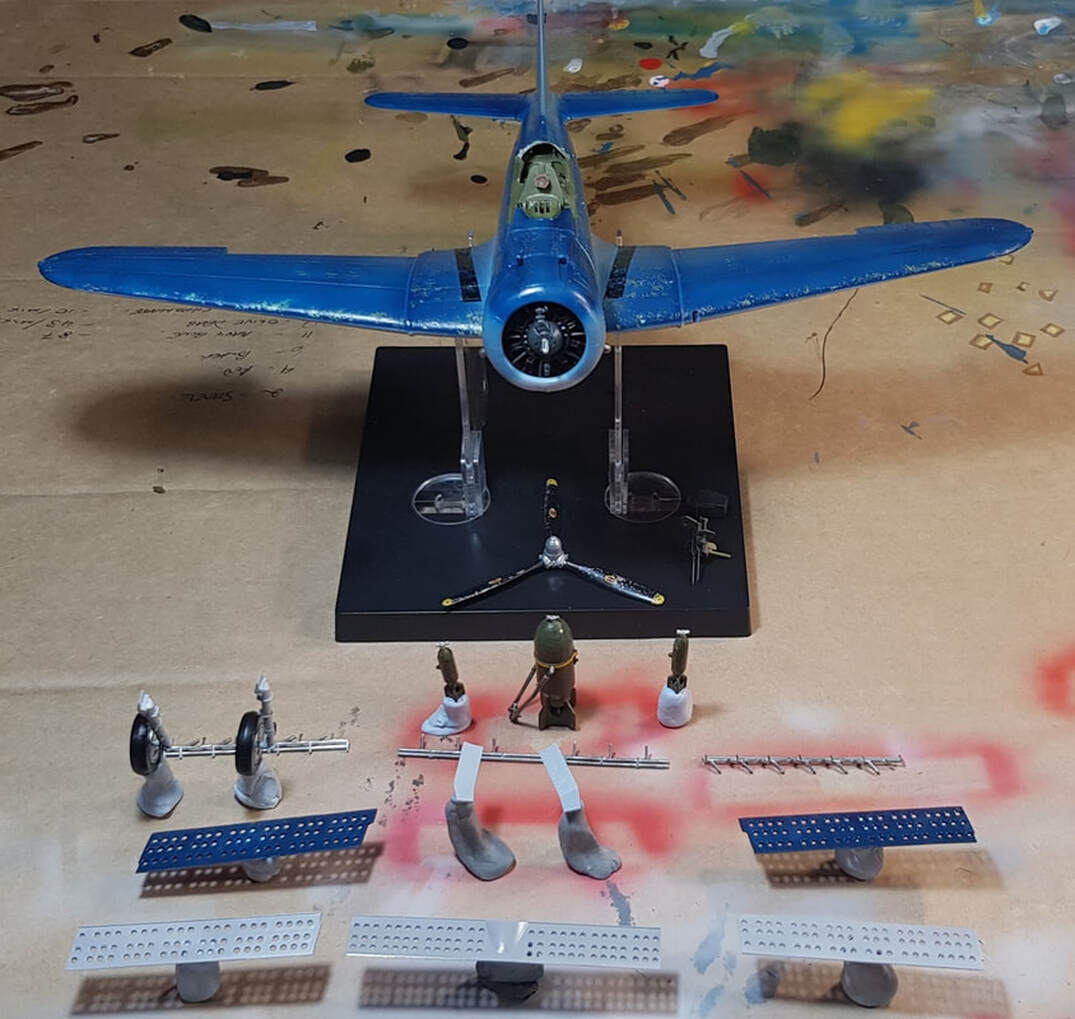 Decals down, they settled very nicely and should come up well once flatted out. 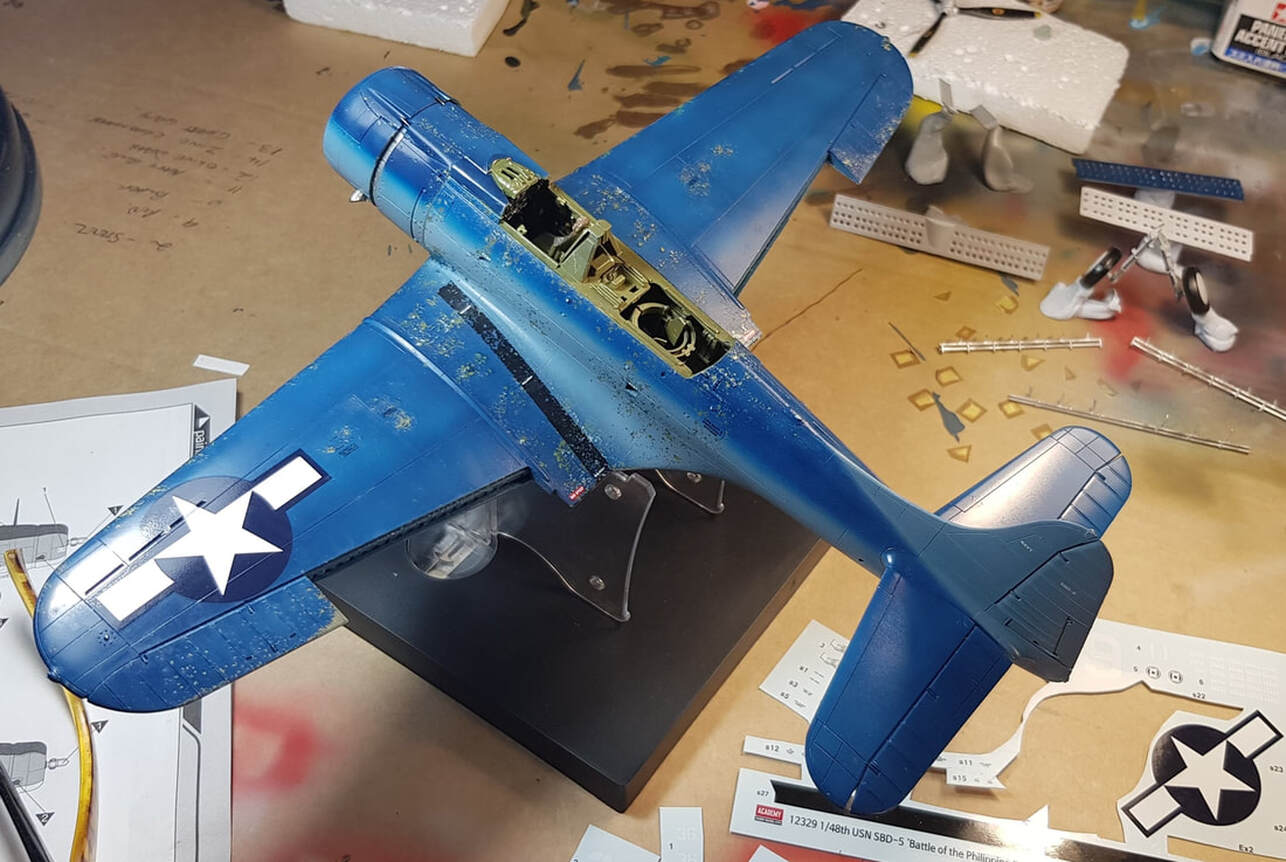 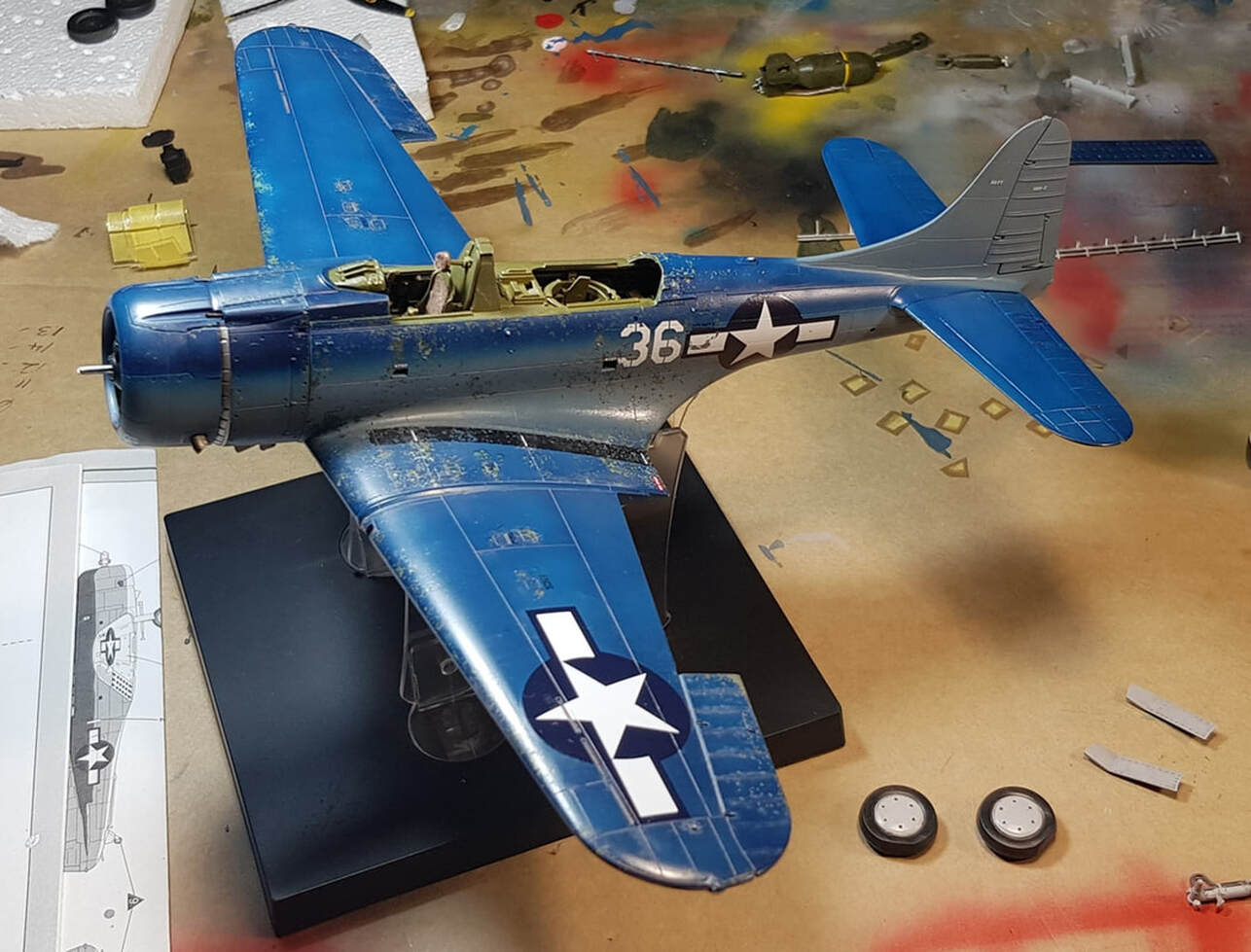 Oil wash is a randomly placed mix of Umber and White to try and get a chalky worn pacific look.

All washed and wiped, time to put the flaps on and then spray with a mixed matt/satin clear coat 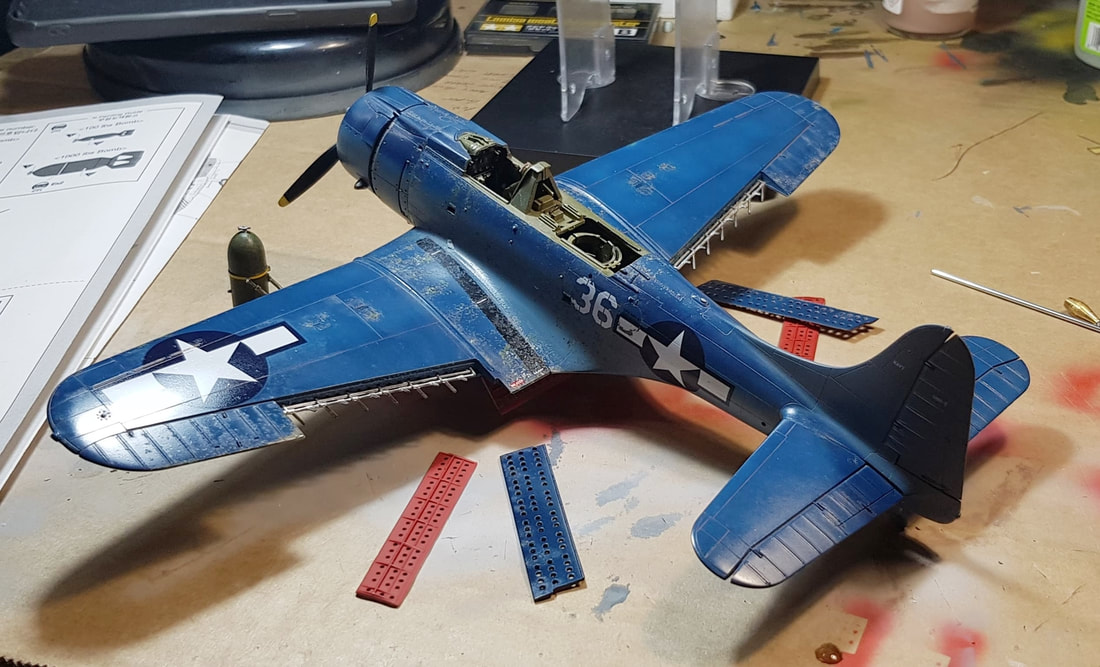 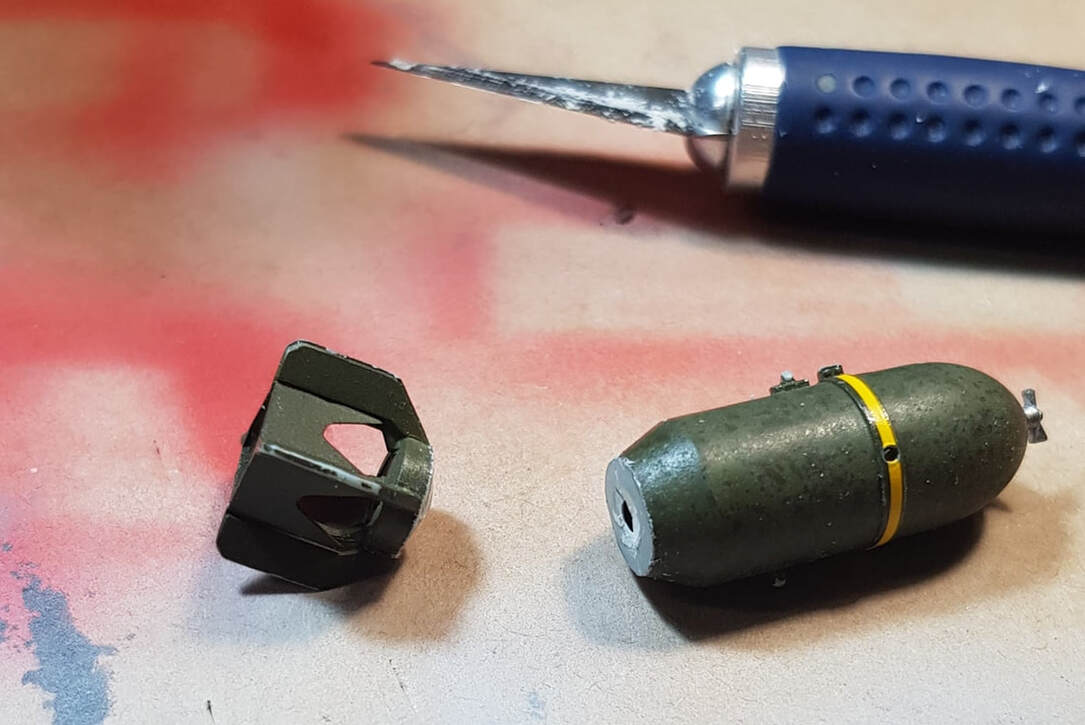 It was about this stage i started to seriously think about a base. I had thought about a water one for a while with the plane suspended above coming in at a dive angle but decided on a simpler piece of carrier deck. A piece of mdf left over from the Warspite build, some thin balsa and a couple of zip ties, good to go. I cut the base out with a standard old wood saw and then trimmed it with the same saw so it was a bit rough but ended up with a cool outside edge a bit like tree bark so decided i would keep the edge and stain it. The balsa was cut into 2mm wide strips and the zip ties were used in place of carrier tie downs. The balsa was glued down with a pva wood glue and the ties with zap a gap although i had to use strips of card under the ties to raise them level to the balsa. Once the 'deck' was laid all of the overhang was trimmed and then it was sprayed with a mix of vallejos engine grey, blue steel and rlm light blue. The edge got a light sand to remove the over spray and restained and i used some engine oil and weathering soot to dirty it all up. All in all a couple of hours project for a satisfying result. 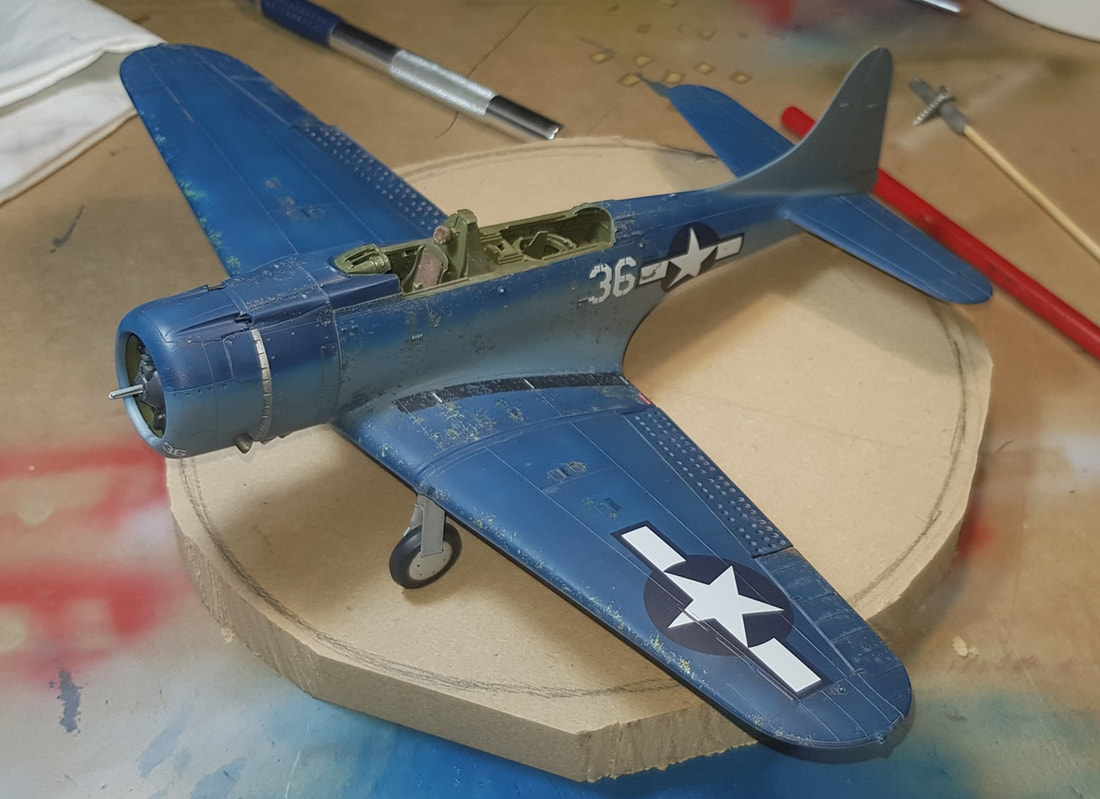 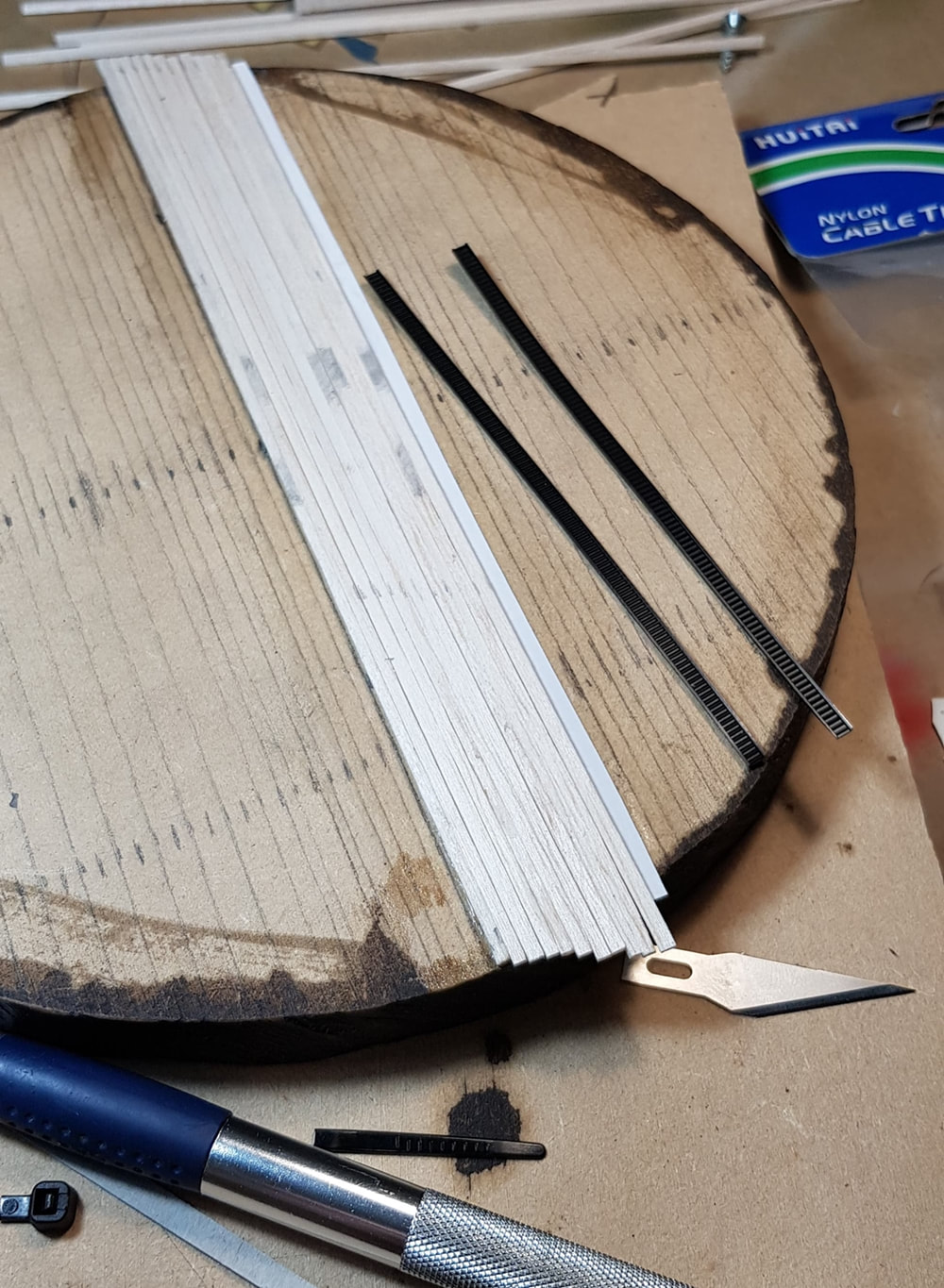 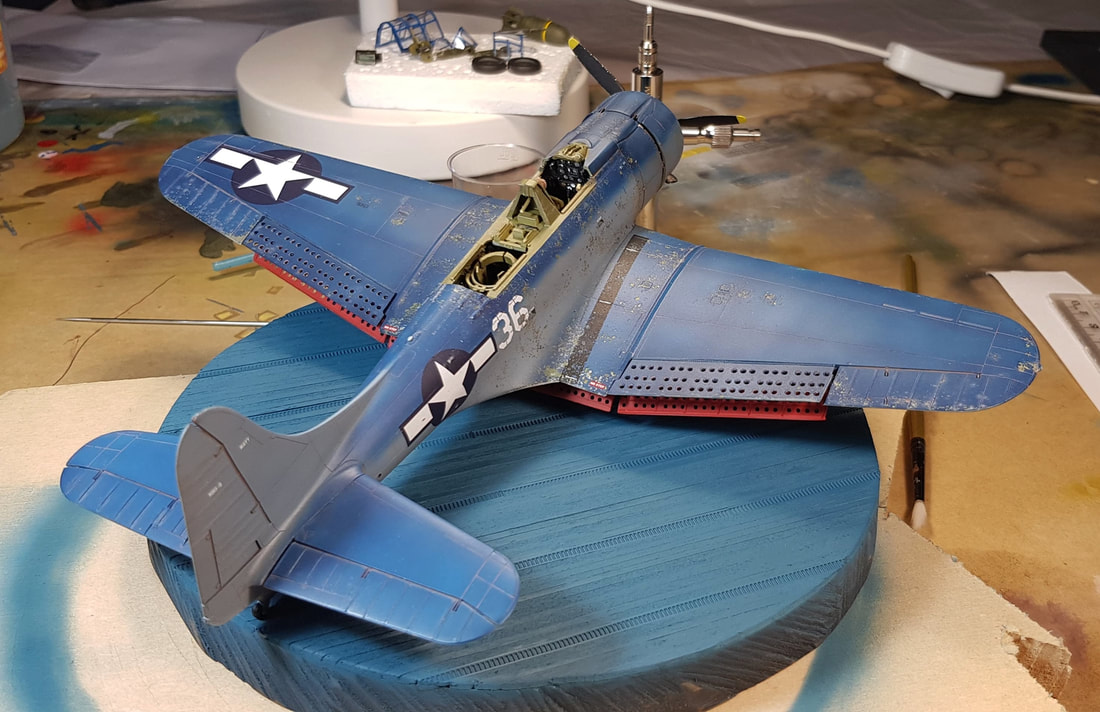 Base completed, i mixed a lighter shade of the blue to vary the planking colours a bit, adding some oil stains and cleared it with a 50/50 matt/satin mix and then finally redid the stain on the edge. 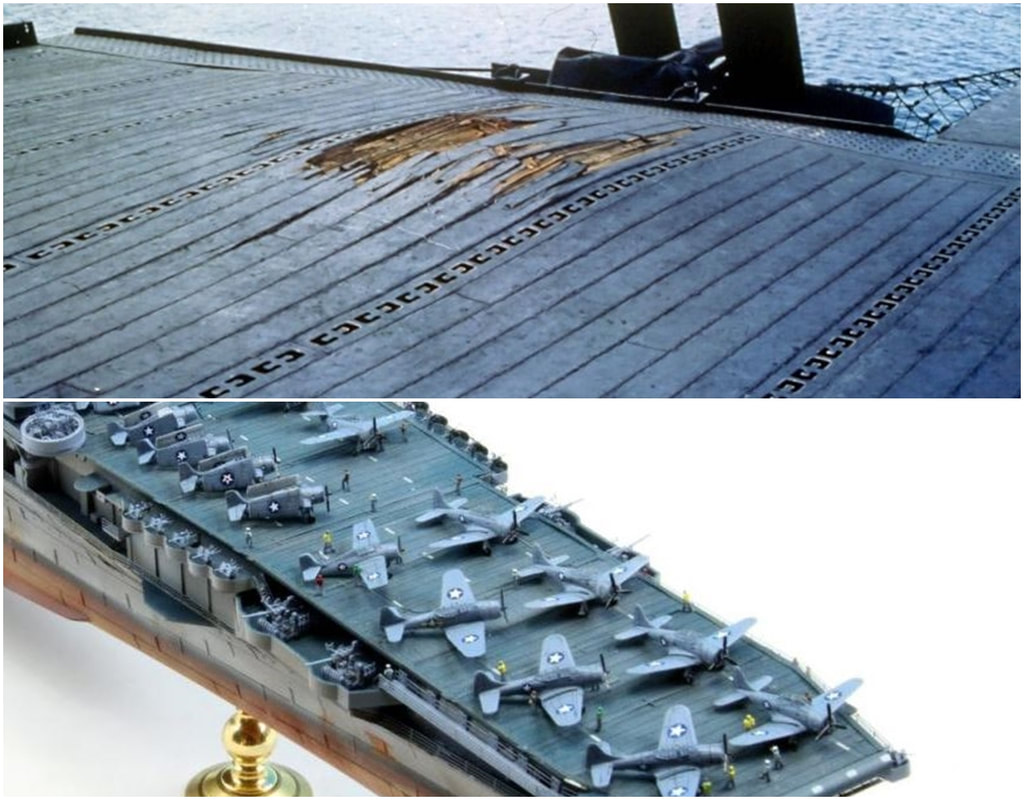 Final pieces added to the model were the ill fitting canopy, the wing and fuselage antennas, the bomb and bomb hangar and the struts for the wheel doors. All in all i would rate this as the worst fitting kit i have built yet but with some patience she can be turned into a nice looking mode and I'm more than happy with how she turned out. 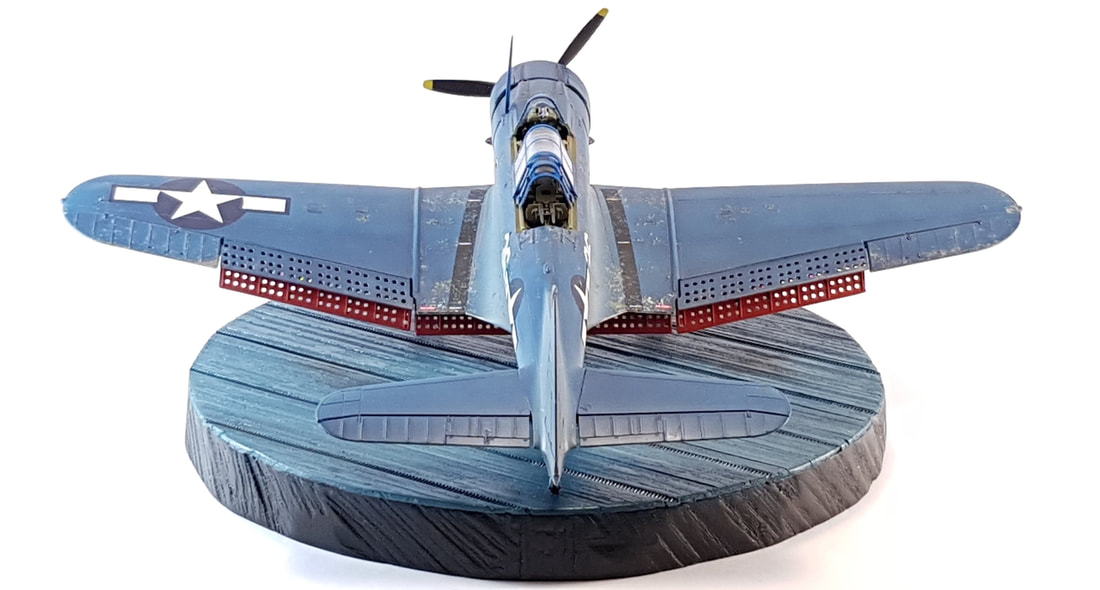 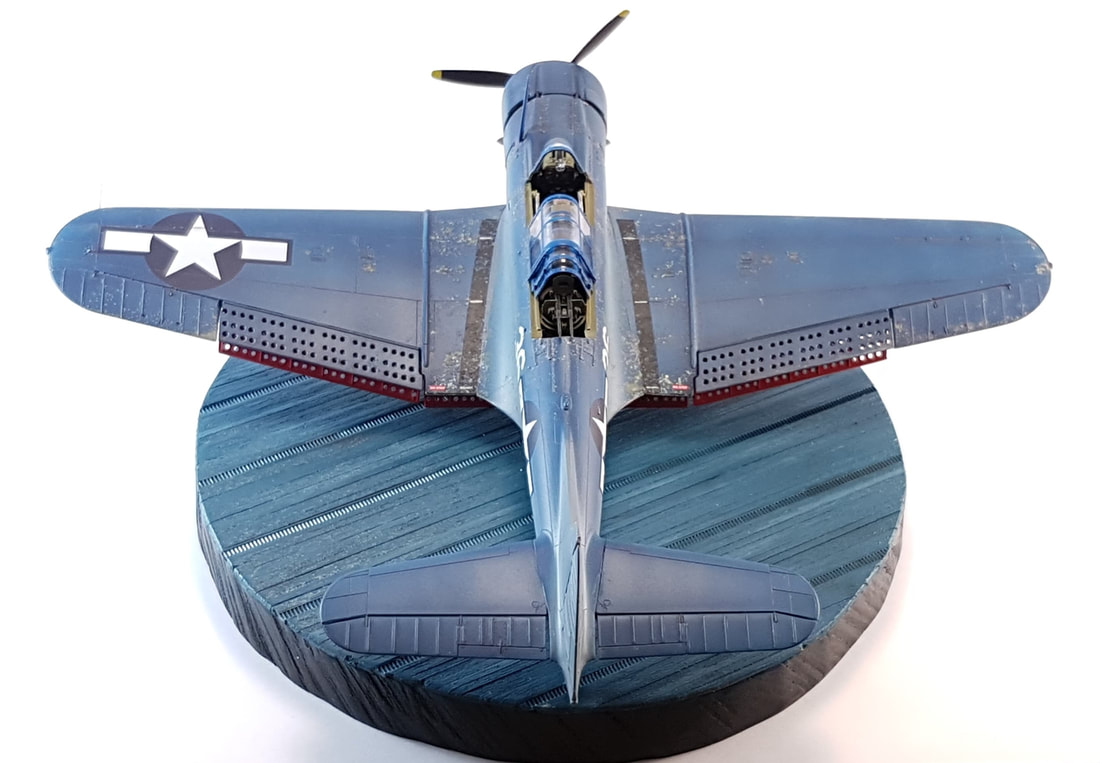 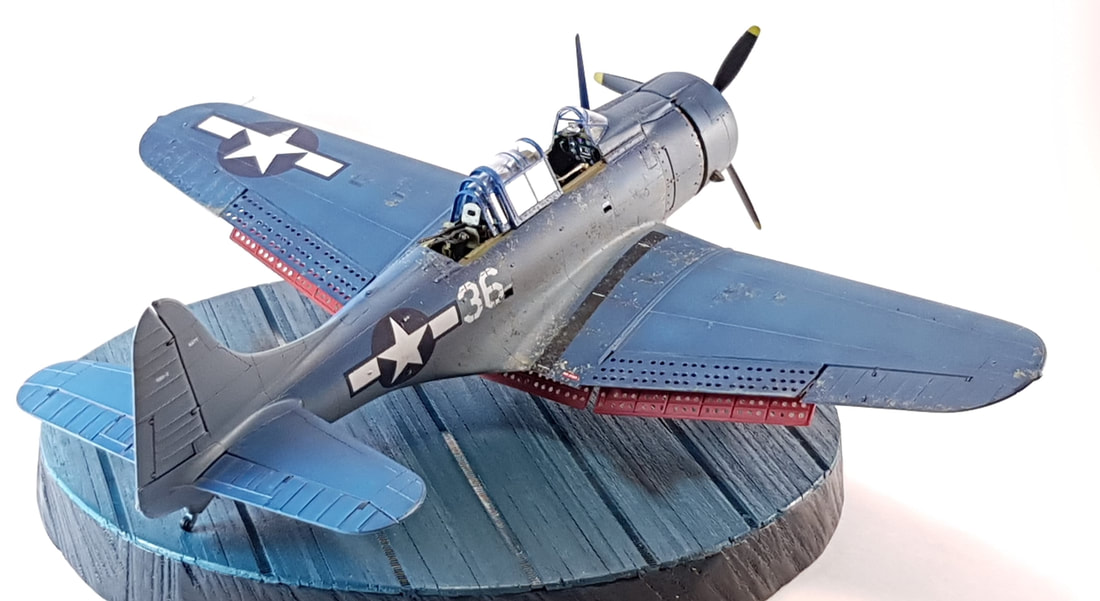 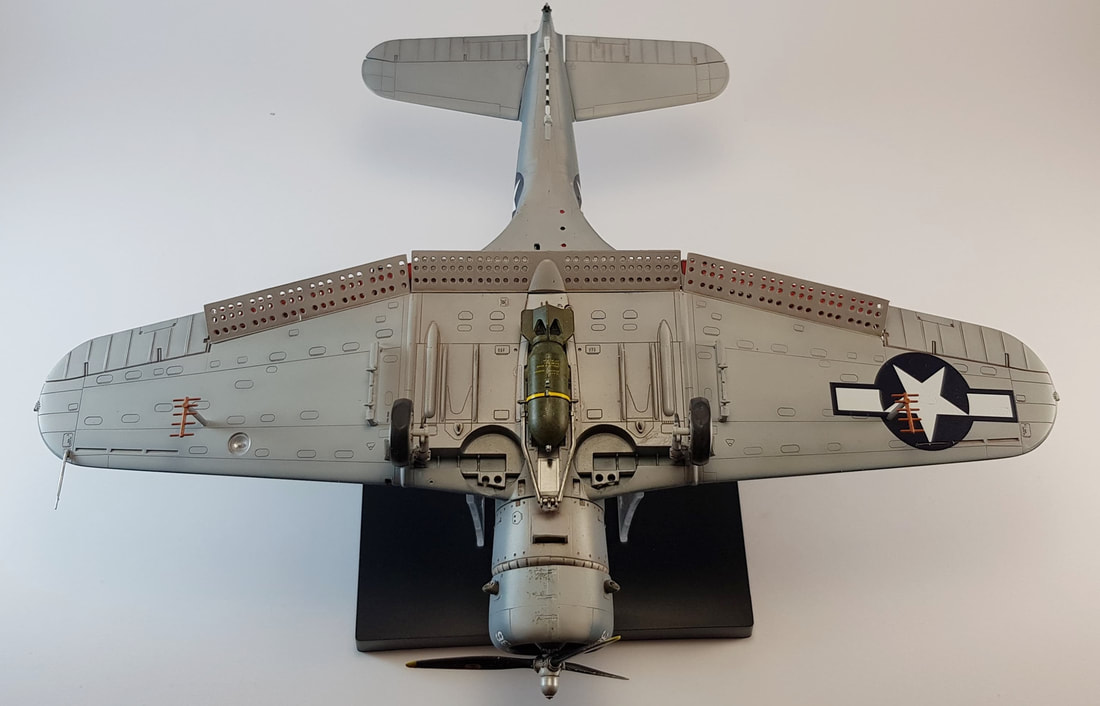 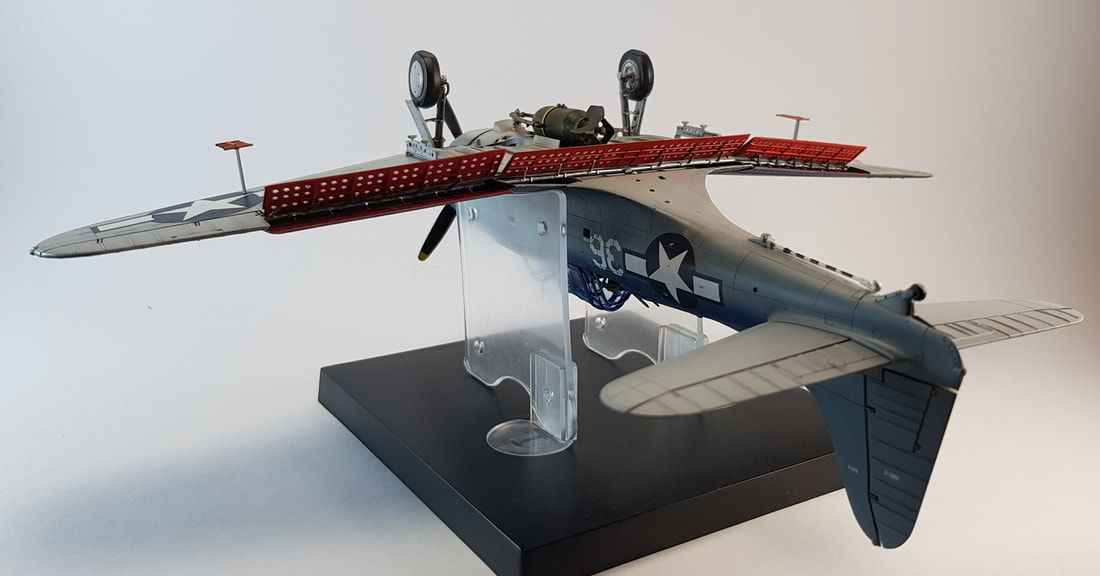